Libertarian Party of Indiana Secretary of State Candidates Through the Years - Who Will It Be in 2022?

Libertarian Party of Indiana Secretary of State candidates through the years:

"Just got home from the Evansville city council meeting for November. The council unanimously voted in favor of removing several bicycle ordinances including purchasing a yearly license. These ordinances were removed because of a new committee that the Libertarian Party of Vanderburgh County started called the Committee to Reduce City/County Ordinances. We have been combing through ordinances, starting with old antiquated ones to present to the councils to have them removed. We are explaining to them that we have way too many laws, many of which they themselves as the law makers don’t know exist, and are not enforced, and requesting they be removed, or in some cases at least updated. This is our initial trial set of ordinances and we received a lot of praise from several members as well as one member asking us to bring more to his attention.

I would suggest that every county form a committee like this. It does not take a ton of time to look through and find some unimportant ordinances and builds a good relationship with the council as well as some positive attention from the community.
Thanks to all the local members that worked on this."
Posted by Mark W. Rutherford at 9:52 AM No comments:

The Latest from Mark W. Rutherford

November 18, 2021 - A political party must have a sense of order and organizational structure. Otherwise it will fail despite the quality of its like-minded candidates.

November 12, 2021 - A political party is not a member services organization. Its purpose is to get like-minded people elected, appointed or hired to political office.

November 10, 2021 - The purpose of a political party is to get like-minded people elected, appointed or hired to political office.

Posted by Mark W. Rutherford at 3:05 PM No comments:

And the Libertarian Party was nowhere to be seen defending small businesses.  However it was good at screaming "Taxation is Theft". 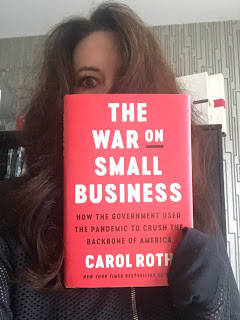 2. Rex Bell, Hagerstown Board of Zoning Appeals.  2004-06.  Appointed by Hagerstown Town Board.

Jennifer Meador Appointed to the Mooresville Board of Zoning Appeals

2. Rex Bell, Hagerstown Board of Zoning Appeals.  2004-06.  Appointed by Hagerstown Town Board.

Followers of this Blog